Charlotte Church’s Late Night Pop Dungeon’s genre-fluid set has become the stuff of festival legend, and – deep breath – this will be their final ever tour. CCLNPD levels up a sparkly jukebox of anthems spanning from En Vogue to Bowie and Kate Bush to Nine Inch Nails – often appearing in the same mashed up medley. Fronted by Charlotte Church (yeah, that one!) backed by post-punk-disco-R’n’R’n’B band, this 9-piece are ready to deliver-deliver-deliver pop bangers and forgotten classics.

“After a life in the public eye and having spent years singing dutifully – for American presidents, for the Pope, for record companies milking her worth – Church has clearly decided it’s time to do whatever she likes.” INDEPENDENT

“…these sets where she belts out everything from Destiny’s Child to Rage Against the Machine, are fast becoming notorious.” VICE 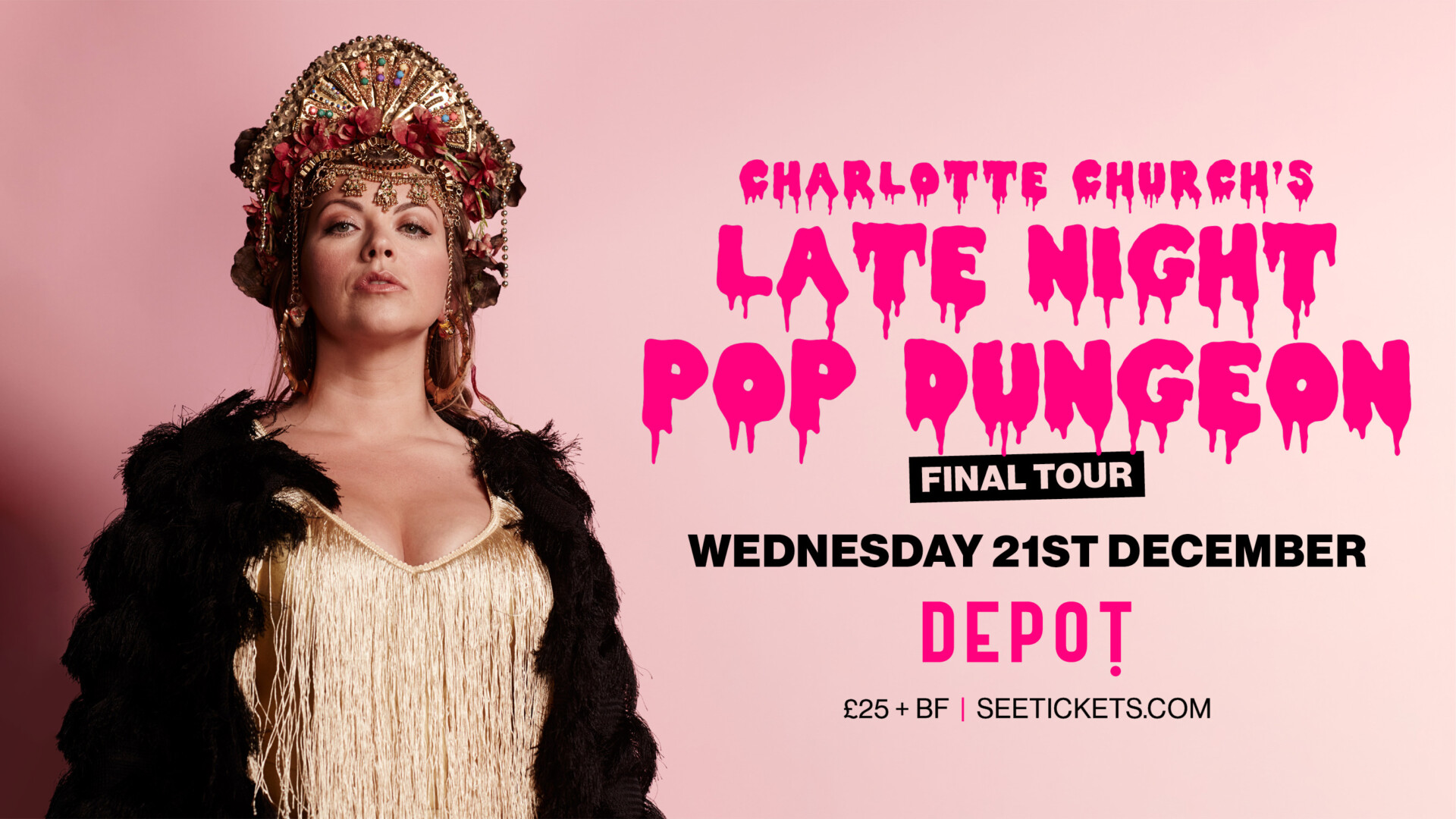